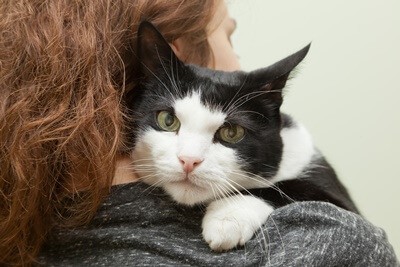 Owners often lament that their cats seem to own them and not the other way around. Scientific studies have determined that cats can manipulate and control humans in small and subtle ways.

Cats’ manipulative techniques include using a special purr to signal urgency and encouraging beneficial behavior through reciprocity. Their meows are intended to elicit the right response from owners, with louder and more grating meows requiring a more urgent response.

Cats have evolved alongside people, allowing them to observe human behaviors. They use these observations to develop manipulative behaviors that get the desired results.

This is something that children learn to do and continue to do into adulthood. It’s when you’re in an unfamiliar situation and look to the people around you to learn how to react.

For example, when someone says something absurd, you probably look at those around you to see how they react. If they laugh, you should laugh.

Social referencing is a complex process, so animals exhibiting it have high intelligence. A study in Animal Cognition exposed cats to a frightening situation involving a fan with streamers attached to it.

The streamers would produce a crackling noise when the fan was turned on. The cats were observed looking at their owners. Sensing their owners’ calm behavior, the cats’ fear of the fan disappeared, some choosing to lay beside it.

This ability to social reference can explain how cats manipulate humans. As they’re smart enough to put our behavior into context, they can train themselves to behave in ways that trigger those behaviors.

The word manipulate doesn’t have favorable connotations. In the case of cats, it doesn’t necessarily imply bad intent.

Scientists believe that this manipulative behavior is how cats interact with humans, and it’s deeply ingrained in how cats form relationships with humans and us with them. The term domesticated cat may be a misnomer as cats weren’t domesticated in the usual sense.

According to the Proceedings of the National Academy of Sciences, cats showed up in the first human settlements. Humans decided to keep them because they were good at hunting rodents. For this reason, some scientists choose the term semi-domesticated to illustrate the distinction.

Once we think of cats as animals that chose to settle with humans, the behavior of present-day cats makes more sense. The relationship was mutually beneficial.

Over time, cats with more docile traits were favored over aggressive ones, effectively creating new species that would eventually become the breeds of house cats we favor today.

All of these traits, including their origin and upbringing, paint us a clearer picture of our feline companions.

Over the thousands of years we’ve known them, cats have taught themselves how to live alongside us, and sometimes these ways include manipulative techniques.

Do Cats Purr To Manipulate?

In the journal Current Biology, scientists discovered that a special kind of cat vocalization might be taking advantage of our inherent instinct to nurture. Specifically, it’s a solicitation purr.

What’s more, these participants were a mix of people who owned and didn’t own cats. Whether they were owners or not didn’t make any difference to their perception of the two types of purrs. This led the researchers to conclude that whatever this high-pitched cry is doing to us, it’s wired deep within our brains.

Previous research had linked feline vocalizations, namely their various meows and purrs, to human babies. It may be possible that this high-pitched cry is similar to that of a crying baby. This led researchers to believe that this special purr invokes the same instinct in humans when responding to babies that need to be fed.

Researchers believe that cats may have determined which vocalizations worked on humans or not. This urgent cry-purr worked well. Thus, the technique was passed down from one generation to the next, leading to cats that have managed to mimic baby cries in their own special way.

According to Comparative Psychology, cats know how to meow to get what they want. The study involved sampling 100 different meows from 12 cats, and volunteers rated these meows according to pleasantness and urgency.

Researchers believe that this came about through artificial selection, where cats that use these types of meows were selected over those who didn’t. To prove this, the researchers recorded the calls of wild cats, and their findings were that the calls were neither pleasant nor appealing and always sounded angry.

Of course, cats don’t understand the meaning of their meows, but they do know which meows elicit which human behaviors. As this study shows, cats are good at manipulating their owners.

Not only can cats talk to us, but they may also do so by mimicking our accent. Specifically, they may do so by using prosody or changing the melody of how something is said. One word can have many meanings depending on a person’s tone, and some scientists hypothesize that cats can do the same.

According to the Fonetik Conference, Meowsic aims to determine whether cats have prosody and if they do this by following the prosody of their owners. Meowsic will determine this by playing human speech to cats and recording their reactions.

Meowsic is a five-year study. If Meowsic’s researchers find evidence of prosody and imitation, this may be evidence that cats are smart enough to learn from human beings. If so, it gives us more insight into how much cats can copy the way we talk.

Among their findings was evidence of cats giving in to their human’s wishes, but only if the human fulfilled their wishes first. Cats also tend to wait for humans to initiate the interaction, and sometimes, they won’t even reciprocate.

So, the next time you hear someone describe their cat as their child, remember that there may be a kernel of truth in that statement. Don’t feel too bad about having your behavior changed by your cat.

Researchers noted that the human-cat dynamic works both ways. Each party influences the other’s behaviors, even if your cat may be getting more out of the bargain.

If you think cats are adorable, science provides proof. According to Frontiers in Psychology, cats have physical traits that resemble those of infants, and these traits are referred to as kinderschema or baby schema.

Coined by ethologist Konrad Lorenz, the baby schema includes a large head, a round face, and big eyes. The theory is that these traits increase the cuteness of babies, motivating adults to take care of them, nurture them, and give them more attention.

While we know that cats are cute, the study determined that cats elicit this nurturing behavior in humans. Researchers determined this by manipulating pictures of cats, dogs, and babies, increasing and decreasing their baby schema.

The manipulated and unmanipulated photos were shown to toddlers. The toddlers gave cuteness ratings to the pictures, and their gazes were recorded to determine where the toddlers were fixated.

Based on the results, the effect of the baby schema extends to cats. The way we look at human babies is similar to how we look at cats. What’s more, this effect appears earlier in life in children as young as 3-6 years old.

It turns out, whether or not our cats manipulate us on purpose, we didn’t have much say in the matter. Once more, cats have proven themselves to be like babies in more ways than one.

Does My Cat Love Me?

Cats have a reputation for being aloof and unfeeling. With all the evidence of their ability to manipulate, you may be left wondering if cats only see us as a way to get food.

In Behavioral Processes, cats were presented with a choice between food, toys, and human interaction. Half of the cats chose to interact with humans despite not being fed for the past 2.5 hours.

These cats were also a mix of domesticated cats and shelter cats. This implies that all cats value humans, even those they don’t know well.

There’s evidence to prove that your cat likes you more than food and toys. While their shows of affection aren’t as obvious as those of dogs and much less obvious to those who don’t own cats, your cat loves you.

Cats Are Good for Humans

Even if cats didn’t like us, they’re still good for us. Various studies have shown that owning cats is excellent for our health in various ways.

Here are ways that cats aid our health:

While it may seem harmless, the common perception of cats as loners doesn’t assist their case.

As technology, theories, and techniques evolve, we learn more about our feline companions, enabling us to discover how much cats manipulate what we do.