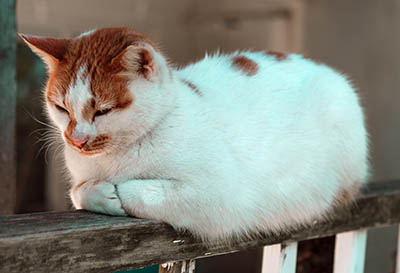 Most people view cats as aloof and detached. They have a reputation for keeping to themselves and appreciating their personal space. Unlike dogs, which are highly social and desperate for attention, your cat may be more content entertaining itself. That’s not true for all cats, however, and some are friendly cuddle-bugs. That begs the question of if cats are true loners or social animals at their core.

Cats are social creatures that love company. However, much depends on how they were raised and socialized as kittens. If a cat is separated from its litter too young, it will grow distrustful of humans and other cats. A cat with good experiences with felines and humans will grow up friendlier and more outwardly sociable.

That doesn’t mean cats are naturally designed to be as attention-hungry as dogs. They still have their own unique ways of communicating and showing affection. Even if a cat appears more detached than an eager puppy, it still needs love and bonding time. Neglect can lead to loneliness and neurotic behavior. Most cats don’t mind spending a degree of time alone but get upset if they have no company.

Table of Contents show
1 Are All Cats Solitary Creatures?
1.1 Do Cats Like Being Alone?
2 Are Cats Social with Other Cats?
3 Are Cats Social with Humans?
3.1 Lack of Neutering
3.2 Socialization
3.3 Personality
3.4 Past Trauma
3.5 Motherhood
4 Are Female Cats Less Social?
5 Are Male Cats Less Social?
6 Do Cats Get Lonely On Their Own?
7 Is It Cruel to Have Only One Cat?
8 How Can I Make My Cat More Sociable?

Are All Cats Solitary Creatures?

If you try to get your cat’s attention, it may simply ignore you. It won’t always respond to attempts to play, and it might walk away if you try to pet it. This can make cats appear antisocial.

Despite this distant disposition, however, cats are not inherently solitary creatures. Feral cats, which survive on the streets without humans, form colonies. These colonies consist of mother cats, their children, and close relatives. In these colonies, female cats help each other:

For cats, groups offer protection as well as company. That’s why being social is such a widespread biological instinct. It ensures cats aren’t left to fend for themselves and their offspring alone.

The only time socialness is not beneficial is when resources are scarce. This is why sand cats, a type of wild cat that lives in the desert, are solitary.

Felis catus, the semi-domestic cat species humans have as pets, have no problem forming groups. As long as there is sufficient food, they prefer it.

Most feral cats prefer to hunt alone. Despite spending a lot of time together within the colony, once a cat reaches an appropriate age, it will find food independently. Adult cats rarely help each other do this. They are more likely to do so if they are close relatives, but it’s not usually a collaborative effort.

Likewise, male cats don’t play a large role within the colony. They typically go off to explore on their own. Still, they can be friendly with the females in the colony if they are family.

As such, most cats have no problem being alone for extended periods of time. However, they will almost always return to the group at some point. Having and maintaining a social network is in a cat’s nature. Even if cats like their privacy for certain routines, they don’t want to be solitary long-term.

Are Cats Social with Other Cats?

Cats are usually friendly with other cats. However, this depends on how the cat was raised. Kittens learn how to properly behave around other cats between 2 to 14 weeks of age. Around this time, they play with other kittens and learn how to control the force behind their bites and scratches. They also learn different body language cues from their mother.

Kittens that are deprived of this interaction grow up to be extremely distrustful of other cats. They are instinctually cautious because they don’t know how to respond to body language properly. They were never taught how to.

Adult cats that are poorly socialized will often display erratic, territorial, aggressive, or fearful behavior when meeting another cat. It is possible to get a poorly socialized adult cat to trust other cats, however. This process is just long and stressful for both the cat and the owner.

Poorly socialized adult cats tend to dislike company. It’s best to respect their wishes and not force them to interact with other cats.

Are Cats Social with Humans?

Some believe that cats dislike socializing with humans and prefer to stay alone. Other theories claim that cats only use their owners for food and shelter. According to Oregon State University, however, that’s not the case. Instead, cats love to spend time with us. In the study, pet cats and shelter cats were given four different stimuli:

Researchers found that cats preferred human interaction over the other three stimuli. Believe it or not, both pets and shelter cats preferred food second to social time with people. Despite this study, many owners have a different experience with their aloof feline. This is usually because of:

Unfixed cats tend to be more aggressive once they reach sexual maturity. This happens between 6-18 months of age. At this time, your cat may act erratically as it searches for another cat to mate with.

Male cats will become territorial. They might even attack if you get too close to a female cat they want to mate with. Females tend to be less aggressive when in heat, but they are just as capable of acting out.

The first 2-14 weeks aren’t just important for learning how to behave around other cats. The social interaction the kitten experiences with humans during this time will shape its behavior for the rest of its life. If the kitten has healthy interactions with humans, it will be more sociable as an adult.

Every cat is different, and it’s said that felines have five basic personality traits. Depending on the kind your cat has, it may or may not be friendly toward you.

Domestic cats like companionship and have it in them to be social. However, some cats like spending time by themselves more than others.

Your cat’s history can explain its behavior. Cats that had been abused in the past will carry trauma that affects how they interact with the world around them. Even if they love you and feel safe around you, their bad experiences can make them:

When female cats are pregnant, their behavior often changes. For the first month after giving birth, the female cat will be more aggressive and protective of her litter.

There’s a common misconception that female cats are less social than males. Theories suggest that calico and tortoiseshell cats are more aggressive than other cats. Two X chromosomes are required to get three coat colors. This means calicos and tortoiseshells are predominantly female.

However, feral colonies often consist of mother cats and their litters. The mothers help each other raise the kittens and protect the colony from intruders while the litter is growing up. These intruders tend to be male cats that want to mate. If females were unable to get along, this team effort wouldn’t be possible.

Likewise, a cat’s behavior has less to do with its gender and more to do with how it was socialized as a kitten. Cats are extremely impressionable during their first few weeks of life. Their environment during those first weeks will shape how they behave around others for the rest of their lives.

Male cats are not always a part of a cat colony. Some theorize that it’s because they’re less social and prefer to be alone. However, that’s not the case.

Cats reach adulthood between 6 to 18 months of age. Once mature, male cats will wander far from their homes in search of available female cats to mate with. Their search often takes them far away, and they can be gone from the colony for weeks.

Cats scent-mark as a way to greet and recognize each other. How well two cats can remember each other depends on how much time they spent together as kittens. For example, think about a male cat that has reached maturity at 6 months of age and left his family for weeks. If he comes back, his family might not recognize him and will treat him as an intruder.

This is why male cats are rarely part of colonies. Some male cats get remembered if they return to the colony and share an amicable relationship with the matriarchs. However, this is the exception, not the rule.

Do Cats Get Lonely On Their Own?

Some cats will get lonely on their own, but others will enjoy some private time. According to Current Biology, cats can form close bonds with humans. They have different attachment styles, and some become visibly anxious when their owner isn’t there. This, of course, depends on your cat’s personality.

Most cats can handle being alone for long periods of time. Although they have a bond with you, they won’t go crazy without you.

Other cats have separation anxiety. They may become destructive or depressed when apart from their owners. You should observe your cat’s behavior before leaving it alone and then after. That will tell you if it’s gotten lonely. Common signs of loneliness in cats include:

Is It Cruel to Have Only One Cat?

While it is true that cats can get lonely and depressed, it is not cruel to only have one. Cats display signs of loneliness when their owners leave the house, but that loneliness rarely lasts long. Cats that don’t have separation anxiety have no problem being left alone for extended periods of time. As long as they have all of their necessities met, they will entertain themselves.

For cats that do have separation anxiety, after a while, the loneliness turns into boredom. This is why neurotic cats lash out and display multiple behavioral issues when left alone.

If this applies to your cat, a companion isn’t always the solution. Depending on the severity of the behavioral issues, your anxious cat might be too high-strung to enjoy the company of another cat. Fixing the behavior through training is the best approach. As it stands, the cat is too dependent on you to be social in a healthy way.

How Can I Make My Cat More Sociable?

To make a stand-offish cat more approachable, give it more attention. According to Behavioral Processes, cats are more likely to interact with humans that give them attention than those that ignore them. Ways to build rapport include:

With that said, you should let the cat guide these social activities. Cats are more responsive to interaction when they’re the ones who initiate it. Allowing them to take the lead will make the experience more positive.

Cats are social creatures, not inherently loners. As long as they’ve been raised around other cats and humans, they should enjoy the company. Loners are cats that were mistreated, poorly socialized as kittens, or rejected by other cats.