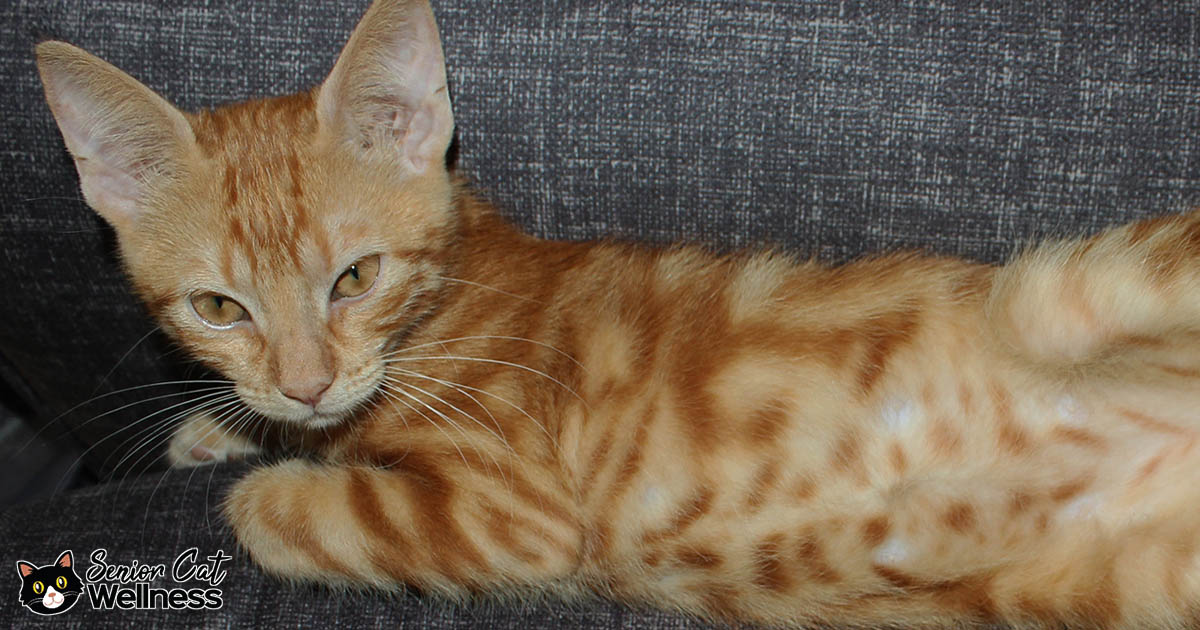 It isn’t very hard to argue that everything a cat does looks adorable. However, sometimes we’re so busy admiring their cuteness that we forget to wonder why they do some of the things they do! For example, haven’t you ever found yourself asking: why do cats curl their paws inward?

According to PetMD.com, cats fold in their paws to preserve body heat and to keep their front paws safe and out of reach when they find a comfortable spot. This is a body position that cats will only indulge in when they already feel safe and comfortable. Cats will also curl their paws inward while being shown a form of affection, like petting, to show that they’re relaxed.

Why Do Cats Curl Their Paws Inward?

There are several reasons why a cat may curl their paws inward, but most often, it is an indicator of the comfort level of the feline. If you see your cat with its paws snugly curled beneath its body, it means they are at peace and happy. This is evident in the list of reasons for curling cat paws we’ve prepared below:

Why Do Cats Curl Their Paws When They Sleep?

One of the most common instances of paw-curling in cats occurs while they are asleep or taking a quick nap! This is perfectly natural. It might be equally normal for you to assume that they are dreaming about grabbing or scratching something; however, it is more likely that your cat is either keeping its feet warm or simply showing off how comfortable they are.

Remember, a cat will typically engage in curling its paws against its mother while in infancy, so doing it while snoozing on your couch or in a bed is just another sign that the cozy position reminds your pet of being safe and happy.

On the other hand, recall that a cat’s body temperature can drop in the extremities, like tails and toes. Since most of this body heat is generated by the blood flowing throughout the body while in motion, when a cat sits still to nap, its feet can be the first thing to get chilly.

So if you see your kitty flexing or curling its paws inward during a cat nap, just know that your furry friend is staying warm and comfy while getting some rest!

Why Do Cats Curl Their Paws When You Pet Them?

Perhaps you have noticed your feline friend curling their paws, one after the other, up and down, as you pet them. This body position, which is different from simply sitting or crouching with paws curled inward beneath their chests, is another way for your cat to express comfort and pleasure!

This motion is technically called “kneading,” which starts when your furry pal is just a baby. Kittens will press their paws into their mother’s belly while feeding to get milk to come out more generously! It may sound a little strange, but it is a normal practice for hungry baby cats.

For a tiny kitten, nowhere feels safer or more comfortable than against their mama’s tummy. In that time and place, your cat was warm, well-fed, and content. Therefore, noticing a kitty curling its paws inward while you pet them should be the highest form of flattery!

All it means is that your pet cat associates the feeling of attention from you with that same safe, cozy feeling they remember from being near their mother and content. Even though your cat no longer has the warm tummy of its mother to knead on, it will often choose another soft surface to express its contentment with curled paws, like a blanket or even your lap!

If you notice a cat kneading on you even when you are not petting it, it can actually mean that your cat wants to share your comfort level! For example, if you are relaxing on the couch, your cat may jump up and start curling its paws on your legs or belly.

This is because some cats are very attuned to their owner’s emotions. When you are relaxed and satisfied, your kitty picks up on it and kneads to share the vibe!

Why Do Cats Curl Their Back Paws?

Usually, this behavior is not visible unless your cat is lying on its side or is actively using its back paws to scratch a surface while standing up. This is because cats typically use their hind legs, which are slightly less flexible than the front pair, to support their weight.

However, if you do see your cat’s paws curling while they are standing up, it is typically to express their scent glands or clear something from between their toes. A cat’s scent glands, called “polydactylies,” are normally only located in the front paws, but in some cases, they may also exist in the back feet. Curling their paws can help a cat express these glands.

On the other hand, if a cat is curling its hind paws while lying down, it is typically just another way to express comfort. Though it is rarer for a feline to knead with its hind feet, it is not unheard of and may just mean that your kitty is extra-comfortable!